Hungarian dark electronic pop duo Black Nail Cabaret embark into the 2020s with a head start: They have signed to Dependent Records and gained the support slot for Norwegian icons Covenant’s Fieldworks 2020 spring tour, which will surely give them another boost thanks to their impressive live qualities. On May 8th then, their new album Gods Verging On Sanity come out.

There is more to Black Nail Cabaret than perfect timing and eye-catching performances, namely a strong thematic backbone as mirrored in the album concept:

We are gods, with an anus. We contemplate our place in the world, the meaning of our death. We find and create beauty, and yet we eat, defecate and reproduce like any other animal on this planet. We are existential organisms, and our minds struggle with this duality. We fight against our own mortality in different ways – some with procreation, some with art, some with power, and some just don’t fight at all.

How far have we come and where do we go from here? How do we shed the old skin now that the new one is growing underneath?”

Black Nail Cabaret combine music and art with poetry, costumes and BDSM eroticism. There are sexual references everywhere, but always with a dark twist and connection to existentialism – the dark side of humanity, which is also one of the main aspects of Gods Verging On Sanity.
Singer Emese Arvai-Illes started out as a performer in a fetish horror theatre group in Budapest but quickly found programmer, producer and partner Kristzian Arvai to be her musical counterpart. Black Nail Cabaret fuse darkness with light, beauty with violence and disturbing art with lush harmonies. Modern electronic sequences meet a distinct 1980s influence from boundary-pushing female acts like Grace Jones or Eurythmics. Tradition blended with new visions makes Gods Verging On Sanity one of the most exciting new entries into this young musical decade.


The album is released as six-page Digipak CD and limited 180g vinyl. 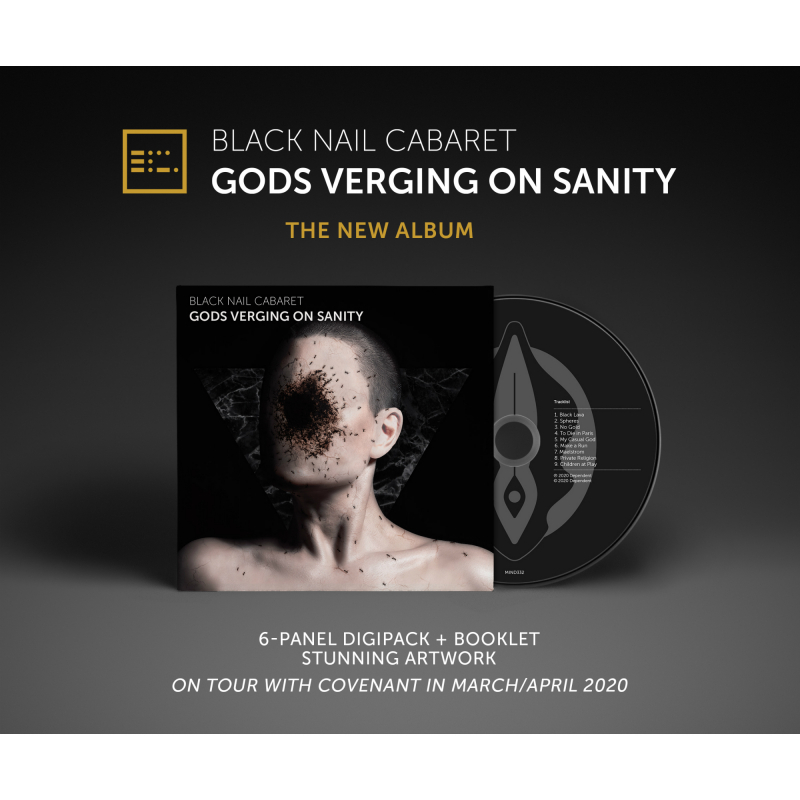 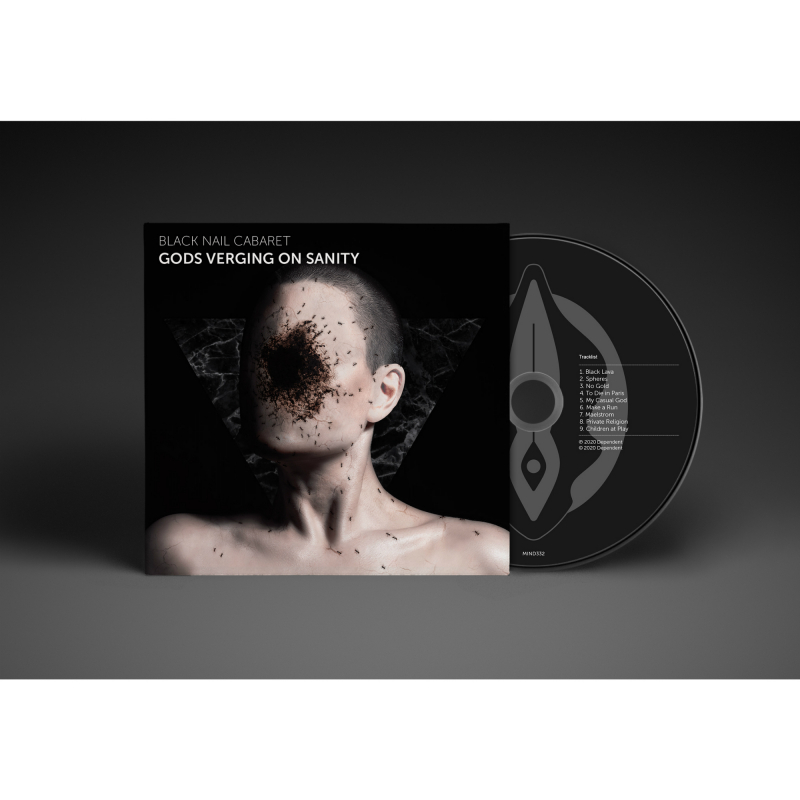 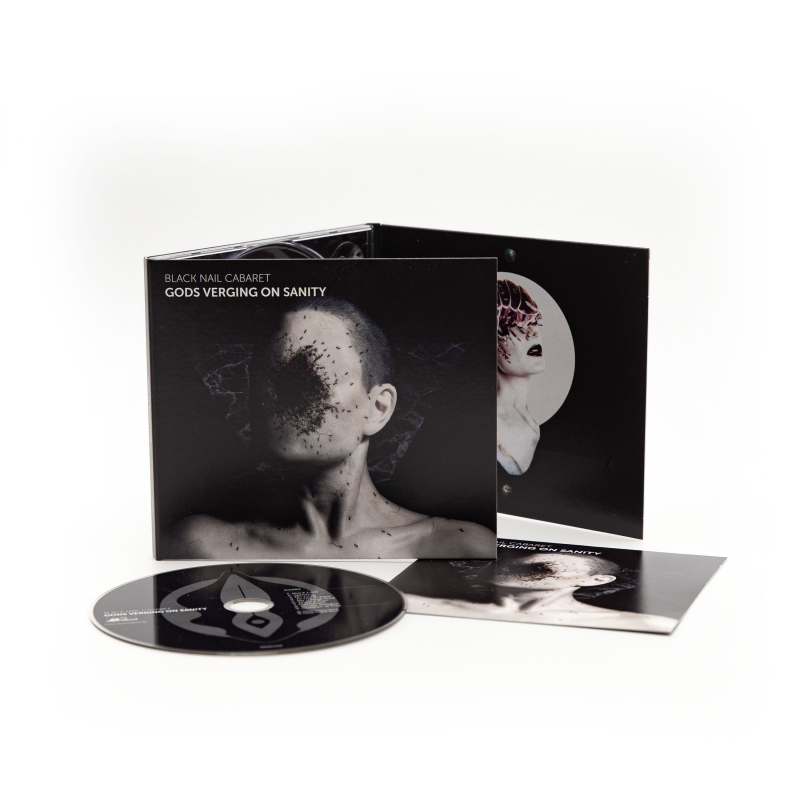 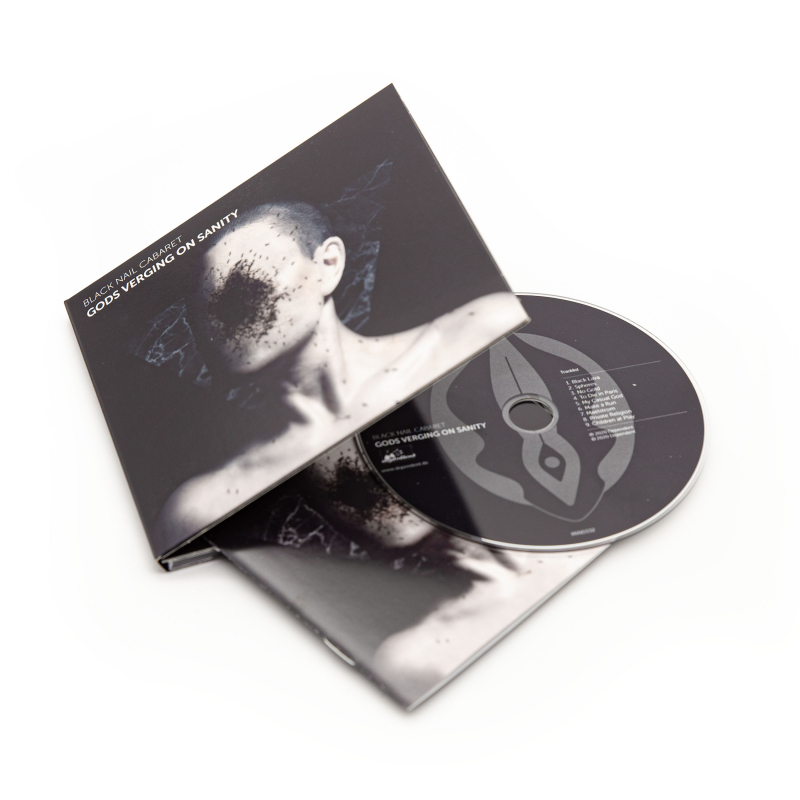 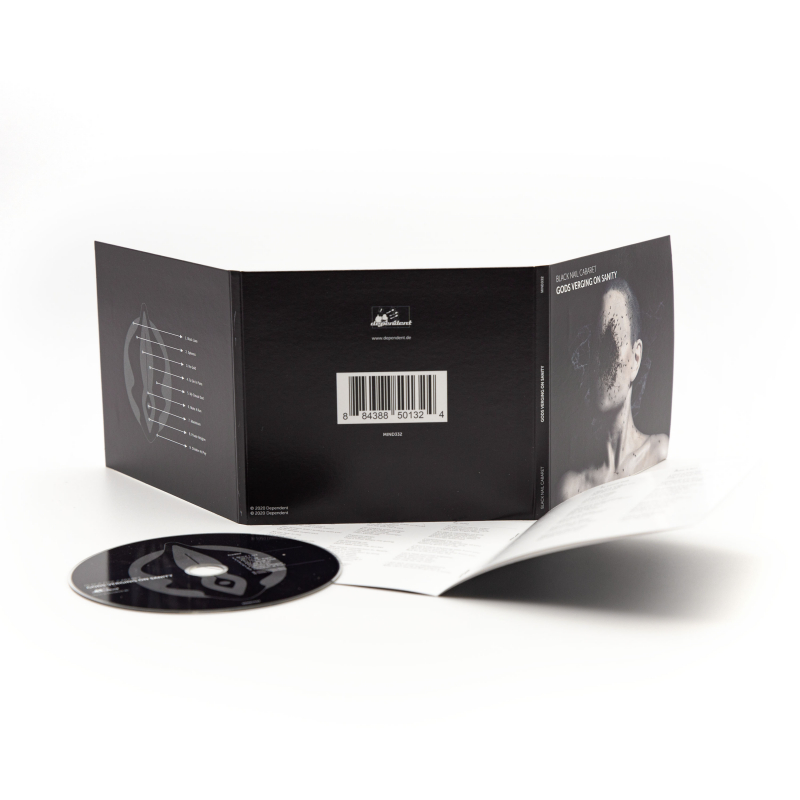 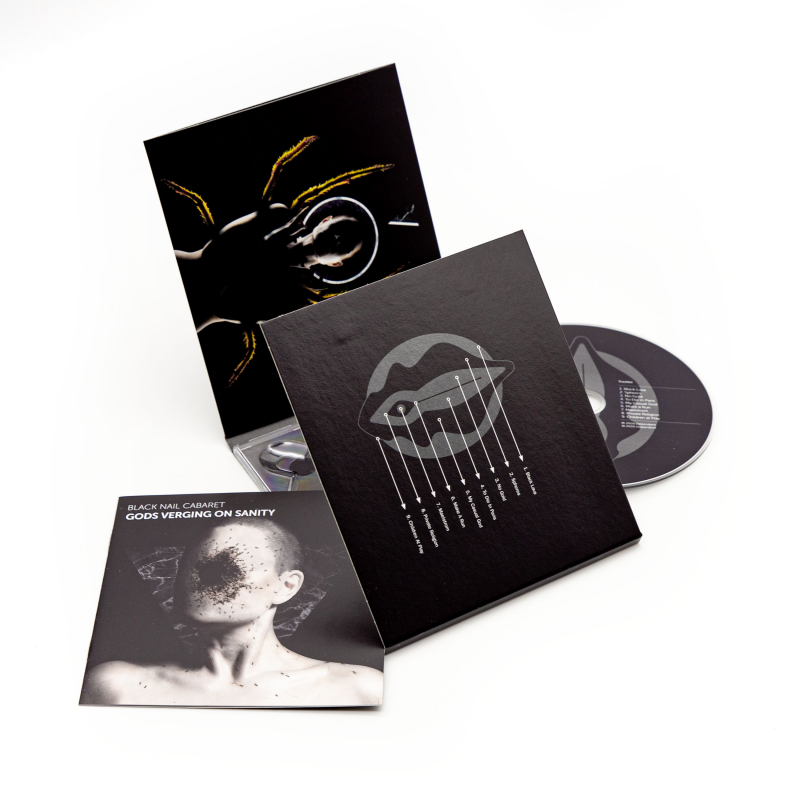