With his 2017 debut "Nemesis", 2̵n̵d̵ f̷a̶c̴e̷ was newcomer of the year amongst many dark industrial fans. Likewise, the media praised Vincent Uhlig's project for its compelling music, a hybrid of old and new school industrial with an excellent sound. The latter stems from the fact that the studio crack from Mainz, Germany, is a professional engineer, working with an arsenal of current synthesizers as well as models that are 40 years old.

Now his new EP may be titled "Nihilum", meaning "nothing", yet don't be mistaken: The a-side, contained in two versions is a consummate burner, uniting harsh basses with acoustic samples and compelling vocals. Club drive meets intense drama, raising expectations for the forthcoming studio album.

The other three tracks 'Long Live Humanity', 'Nuclear Winter Is Coming' and 'Blind Wanderer' seem controlled in comparison, but no less show how the artist has progressed: Uhlig proves to be stylistically more diverse than his first record made you believe. 2̵n̵d̵ f̷a̶c̴e̷'s second strike will be even deadlier!
Please note: The "Nihilum" EP is limited to 1000 copies only! 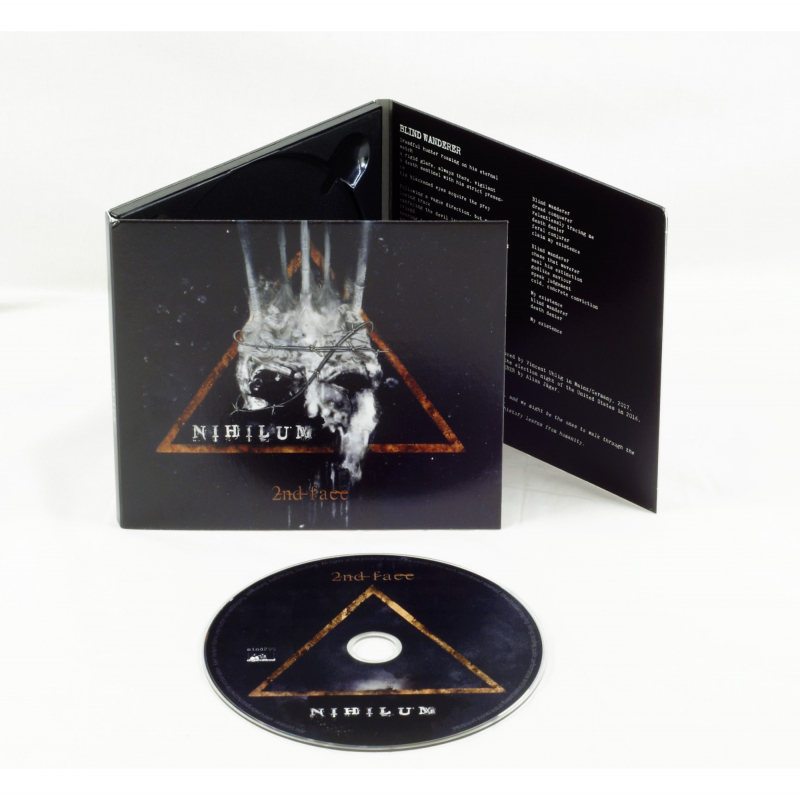 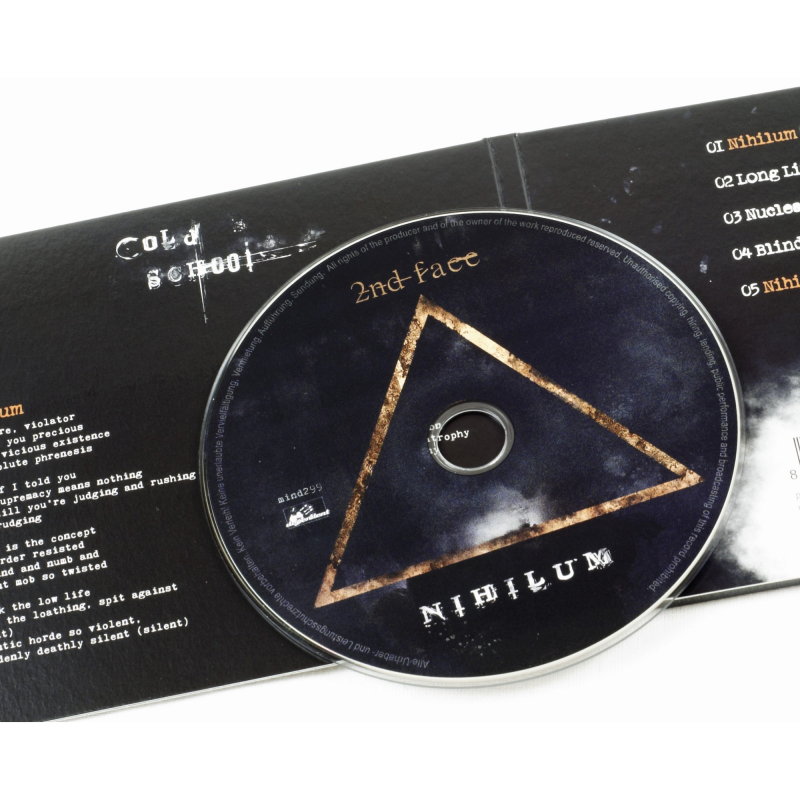 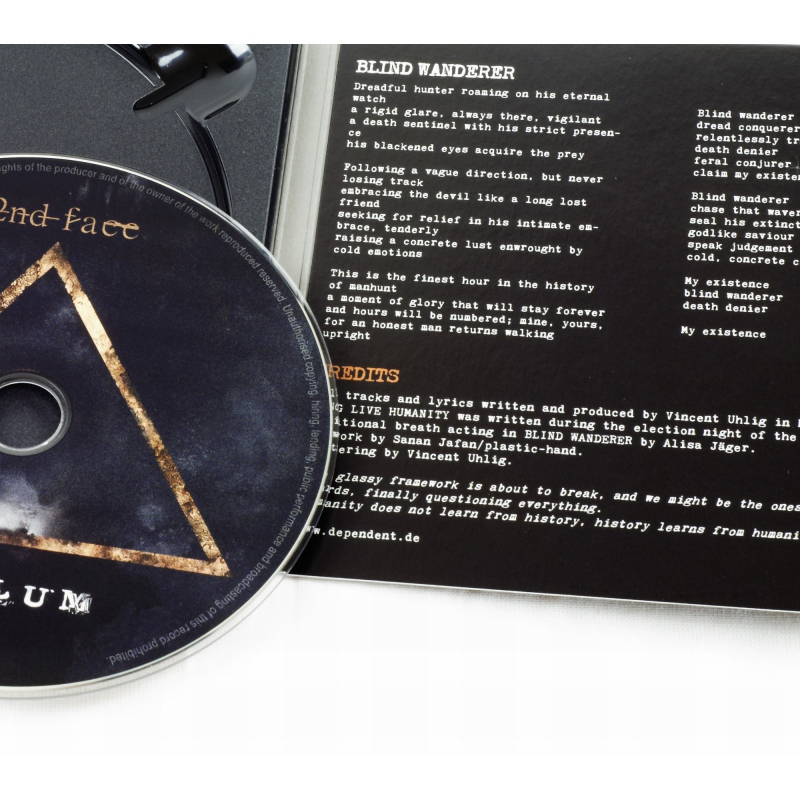