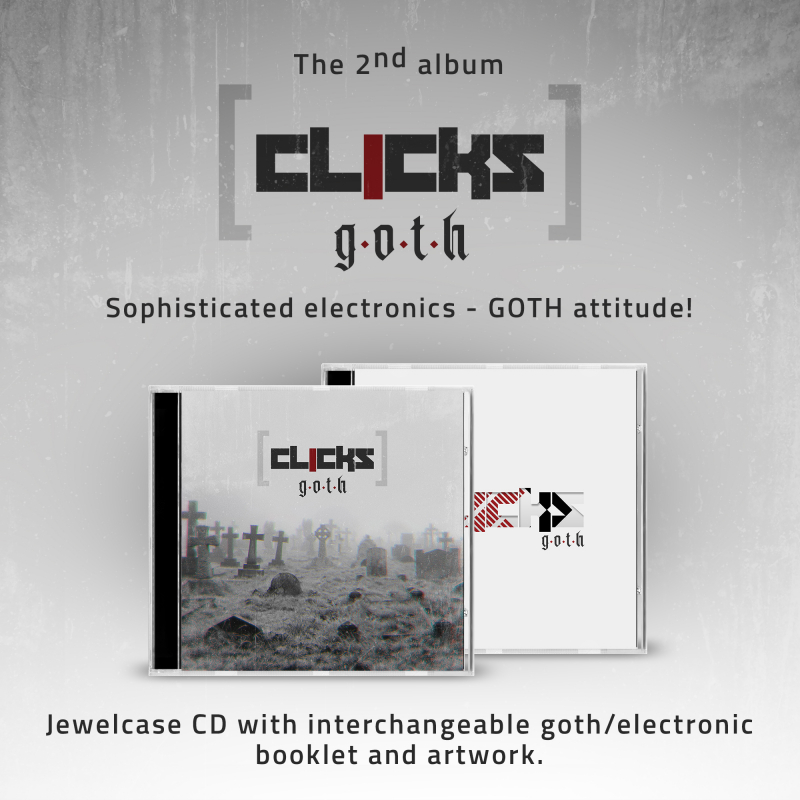 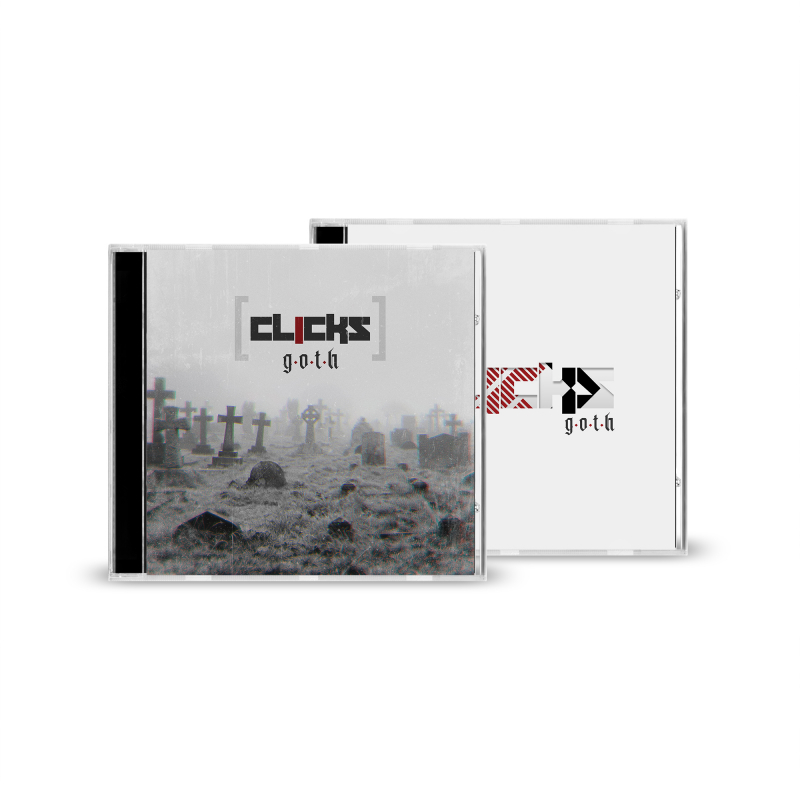 CLICKS frontman Kr-Lik has landed a sardonic coup: The Polish electro project's mischievous provocateur concocted an elaborate deception, which insinuated a radical change of style towards guitar-laden gothic sounds. He launched a tailor-made pre-release video for the track 'I Dream', which featured a dark figure walking through a gloomy forest wrapped in Blair Witch aesthetics and shrouded in gothic soundscapes. This image is ironically broken by the final scene that shows the protagonist actually at the gathering of mushrooms. The cover of CLICKS upcoming second full-length "G.O.T.H." also picks up on the dark scene's classic style as the artwork features Gothic type and is decorated with an avalanche of tombstones.
If this overdose of "goth kvlt" appears to be somewhat suspicious coming from CLICKS, it is very much due to the fact that this is just Kr-Lik giving free reign to his wicked sense of humour again. The title "G.O.T.H." actually stands for: "Getting Old, Tired, and ..." and is programmatically referring to the main theme of this album. "G.O.T.H." is at its core a thoroughly serious and respectful examination of this former youth culture, which has been ageing noticeably for several decades. The song 'Every Bloated Muscle' can therefore easily be understood as a tongue-in-cheek homage to the NITZER EBB EBM classic 'Murderous' – viewed from the perspective of 30 years later.
Through this artistic self-irony, the famous elephant in the room is made visible: What happens to the heroes of a scene who have long outgrown their youth? What remains when cultivated depression and juvenile longings for death have been pushed to the side-lines by family and children? To this essential question, CLICKS provide a powerful answer with "G.OT.H.". Without any denying their roots in the classic EBM environment, the Poles pick up sporadic electroclash and minimal dance influences, while gallantly bowing to acts like ANTHONY ROTHER or GUY BURATTO.
This "new" ease of composing spawns exciting musical hybrids like 'First World Problems', 'I Dream' or 'Mr Nevergonnabe'. On 'G.OT.H.', the joy of experimentation, perfect sound, and casual humour fuse with scene-spanning nonchalance. The result works just as well in a car or at home as in any club. From CLICKS' mocking strategy of confusion, the shape of an album emerges that is as idiosyncratic as it is modern and with a twinkle in the eye turns up its nose at the self-proclaimed enforces of morals blocking the gates for any change within EBM. Almost casually the Poles catapult their freshly minted sound design into the 21st century.
This is how musical self-renewal works: CLICKS' "G.O.T.H." provides the perfect antitheses to all the horrible clichés that have haunted the EBM industrial scene of the last two decades.