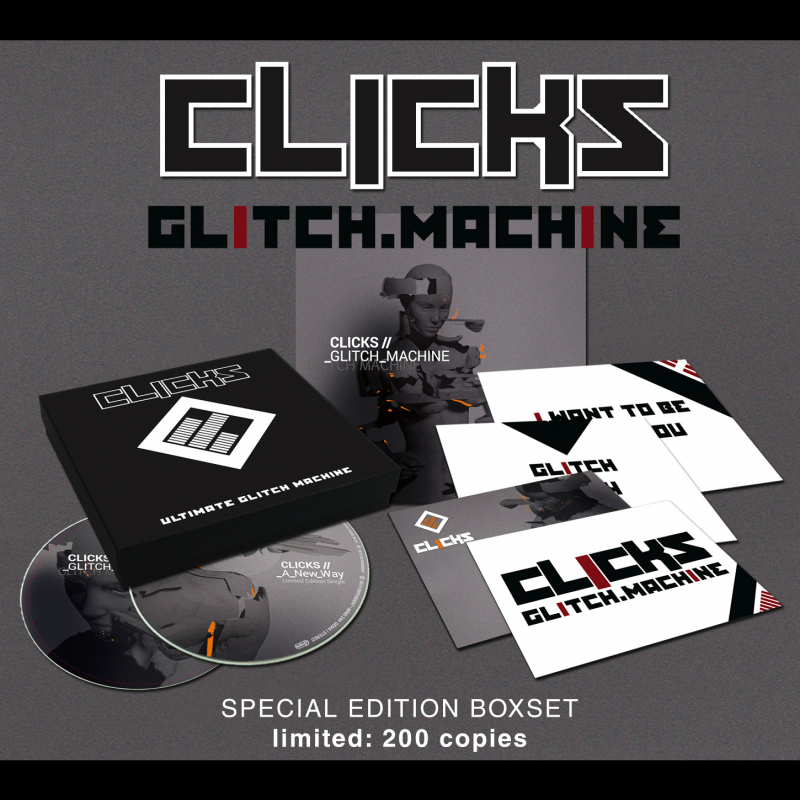 It is rare that it takes as long for a band from being discovered to getting signed as in the case of CLICKS. However, the Polish trio has been working on its debut album "GLITCH MACHINE" for almost three years after gracing the underground with several nifty compilation tracks and remixes. "GLITCH MACHINE" was well worth the wait, though, since the three musicians, Controlled-Collapse-mastermind Kr-lik amongst them, have created an original piece full of modern vibes and minimalist nonchalance. The album is a hybrid of traditional EBM, Electroclash with reserved Vocoder vocals and a pinch of timeless club feeling. Nitzer Ebb, Daft Punk and Anthony Rother may serve to describe the stylistic path that CLICKS explore.

Three bored Poles are responsible for this electronic neck rub, all of them entertaining their individual side projects but agreeing to follow this specific direction with CLICKS: Kr-Lik (vocals, synth, programming), Tomek (synth) and Lukasz (drums).
The title "GLITCH MACHINE" is reflected within the music on the album, balancing perfection, improvisation and digital recklessness. CLICKS are indeed the ambitious, slightly tongue-in-cheek glitch within the concept of Dark Electronics, the cool systemic error. With glitches like them, the whole does not only get more exciting, but tolerable in the first place. As for that, we can say thank you to CLICKS.